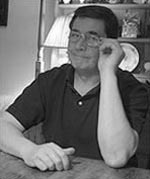 John Wagner's work is typified by black humour and excessive violence, but it goes a bit deeper than that. His most famous and enduring creation (or co-creation) is JUDGE DREDD for 2000AD, a policeman of the future who acts as judge, jury and executioner on the mean streets of Mega-City One. Outside of Dredd, there have been several stand-alone projects that are just as noteworthy, and Wagner deserves full credit as one of the most important voices in British comics.

In a medium that was has often been hamstrung by its two-tone morality (because it was so often perceived as being merely children's entertainment), Wagner introduced elements of adult ambiguity and satire. Judge Dredd, for example, frequently explored the absurdities of the tension between the law of the state and the civil rights of the individual; where did one end and the other begin? Alas, the problem (or appeal) of the strip was that those readers who recognised the joke for what it is were counterbalanced by another set of readers who found Dredd's brand of extreme justice rather appealing.

A more recent example of Wagner's philosophising is A HISTORY OF VIOLENCE, an original graphic novel made into a film by David Cronenberg. A small town hick becomes a minor celebrity after killing a gang of crooks trying to rob his store. Staying true to Wagner's intent, Cronenberg made a film that simultaneously deplores violence and revels in it, an investigation of our society's preoccupation with behaviours both cruel and unkind.

It's very pleasing that Wagner has found success with a creator-owned project like HISTORY OF VIOLENCE. After many years of pouring his creative energies into Judge Dredd, a character he does not own, it's side projects like this and BUTTON MAN (soon to be made into a film) that have ultimately proved to be the more rewarding. One hopes that he continues to dabble in both areas. 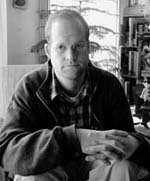 Now pay attention here, because I'd like to make an important point. When the mainstream media decides to anoint someone as a genius and a master of the form, it's only fair that we should be able to contest those opinions before accepting them wholeheartedly. To do so isn't about personal animosity or being a knee-jerk contrarian, it's about critically interrogating the opinions we're frequently being invited to accept and echo.

If you take that into consideration, then you won't be too upset when I say that I fucking hate Chris Ware and his comics. Really, honestly and truly, I believe that the man is a painful pustule on popular culture, and he needs to be squeezed.

Ware is the twitching animus behind JIMMY CORRIGAN: THE SMARTEST KID ON EARTH, a graphic novel that seemingly came out of nowhere to win The Guardian First Book Award in 2001. It's no small thing when a graphic novel beats prose works to win a prestigious literary accolade. It made a great many headlines, and sent a clear signal to the wider world about the new acceptance and respectability for sequential art.

"Wow", gasped Joe Public, "it must be a really special comic book to deserve a prize like that". And yes Joe, you're right, it is a special comic book. Special because it proves that sometimes, if your work is unremittingly miserable enough, then your keening misanthropy will be misinterpreted as emotional honesty and praised to the high heavens.

There's no arguing against Ware's talents as a graphic designer; the ornate jacket designs and panel layouts are unique and distinctive, and their complexity challenges the eye to read in whole new ways. But in my view, his talents as a writer and artist do not match.

In order to depict bleak and repetitive lives, his primary technique is to produce bleak and repetitive images and dialogue, which in the case of JIMMY CORRIGAN amounts to 3072 drawings, 47,339 words, and 380 pages. All that effort to describe the first and only encounter of a pathetic dweeb with his estranged father and a wretched trawl through three generations of parental neglect and shattered dreams. It's a protracted exercise in futility and self-loathing.

To be fair, criticising Ware is picking the wrong target. It's the mainstream media who chose to praise and elevate JIMMY CORRIGAN the way they did, and in so doing made sequential art appear even more remote and inaccessible than the underwear perverts who occupy the superhero ghetto. The literati's blank incomprehension of the comic book form is such that, when confronted with something they do not wholly understand, they feel compelled to praise it rather than appear ignorant.

JIMMY CORRIGAN is the comic book equivalent of James Joyce's ULYSSES - few people have actually read it, and those who have know that it's crap, but it sure looks pretty on your bookshelf. 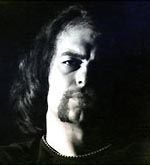 Barry Windsor-Smith's art is pretty hard to describe. The shorthand version is that his figures resemble something from the Italian Renaissance school of art, with slender limbs, elongated faces and sensuous features. And then there's the elaborate cross-hatching - which rivals Robert Crumb for its intricacy - and the experimental panel layouts.

All of which is kind of funny considering that Windsor-Smith started out doing CONAN comics with a style that was merely a pastiche of 'Jolly' Jack Kirby. It's proof positive that a great comic artist absorbs their influences from the most unexpected of places, and they never stop evolving.

CONAN was a fruitful collaboration with Roy Thomas to adapt the works of Robert E Howard. According to John Buscema, Windsor-Smith was paid a pittance by Marvel, and it's no surprise that having made his name he promptly left comics to find more lucrative work outside the industry. However, he returned to the fold in the 80s and 90s with an astonishing run of projects featuring jaw-dropping artwork.

First came the WEAPON X serial from MARVEL COMICS PRESENTS - the origin of Wolverine and the most savage and bestial portrayal of the character to date. Interleaved with the action sequences, however, is a fragmented narrative about Wolverine's delicate state of mind, a consequence of the horrendous experiments conducted on him without his consent. The story has since become canon, and it's worth noting that the recent X-MEN movies have lifted a great many elements from WEAPON X to illustrate Wolverine's origin.

Soon after, he provided the primary design work on the bulk of characters in the Valiant Universe. This set of characters - arguably the most important batch of fresh creations since the Marvel Age - reached their apogee with the UNITY crossover in 1992, which Windsor-Smith also had a hand in devising. Alas, when the company was bought out by Acclaim Entertainment and began its downward slide, he quickly jumped ship.

Most recently, Windsor-Smith has worked on a series of creator-owned projects that are being issued as a series of deluxe hardbacks by Fantagraphics. He's also in negotiations with Marvel to produce a THING graphic novel. He's one of the very best artists in the industry, and any new work from Windsor-Smith is a joy to behold.