Ninth Art's tour through some of the biggest names in comics reaches G, where Alistair Kennedy looks at Gaiman beyond SANDMAN, Gerber's trouble with HOWARD, and Grayson's obsession with NIGHTWING.
31 October 2005 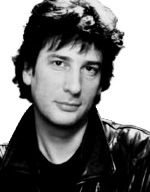 There are few names working in the comics industry that are also well known for their works outside of comics. Frank Miller is now a hot media name thanks to his work with Robert Rodriguez on the SIN CITY movie. Peter David is a New York Times best-selling novelist of both Star Trek and original-concept novels. And apparently, one of Marvel's new writers has done some horror books, or something.

In comics, Neil Gaiman is primarily associated with his DC Vertigo masterwork SANDMAN, but he's got a finger in all of these pies and more. He's written for TV (his NEVERWHERE series being a case of a good idea hampered by dodgy direction and terrible cost-cutting measures); he has a burgeoning movie career underway with his own MIRRORMASK and a retelling of the Beowulf story in partnership with Robert Zemeckis; and he's written a good number of songs and poems, many of which can be found in the ADVENTURES IN THE DREAM TRADE book (a sort of B-sides and rarities compilation).

He's also a pretty successful novelist, with AMERICAN GODS landing him a Hugo award for Outstanding Novel - though his first major fiction award was his 1991 World Fantasy Award for the 'Midsummer Night's Dream' issue of SANDMAN, after which the Short Fiction category's criteria were changed to avoid any more of those plebeian comics writer people from winning it.

Recently, one of Gaiman's works took home the 2005 Quills award for best Graphic Novel. It beat the entirety of Jeff Smith's sublime epic BONE, plus works by Harvey Pekar, Marjane Satrapi and Art Spiegelman. It wasn't one of Gaiman's trademark intellectually challenging poetic numbers, though. It was 1602, a Marvel book with horrible artwork and colouring like the sheen on an oil puddle.

It wasn't a bad story - quite the contrary, it was an interesting look at Marvel's characters in another setting, taking a look at what makes these funnily dressed villain-vanquishers work. Even with the best will in the world, though, and admitting that Pekar and Spiegelman's works weren't their best, 1602 was essentially a high-profile WHAT IF story, and hardly a better story than BONE or Satrapi's incisive memoir.

Gaiman's next work in comics is to be a revival of Marvel's ETERNALS, a return somewhat overshadowed by Stephen King's arrival. Hopefully Marvel will provide Gaiman with an appropriate artist, but whether his ETERNALS will have the same impact as 1602 remains to be seen. 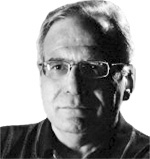 One of the arguments put forward against producing work-for-hire comics for large publishers is that it's generally much more rewarding simply to create your own characters and tell your stories that way. The worst case scenario is perhaps exemplified by Steve Gerber, who created his own characters and told his own stories, but still didn't own either one.

Gerber's comics career spans over 30 years, beginning with stints on Marvel's mainstay superhero titles. He became known as the go-to guy for strange (and mainly humorous) stories that were at the edges of what Marvel were producing at the time. He followed a run on DEFENDERS, already well established as a title where odd things happened, with a run on MAN-THING, where he turned out a number of stories that are still looked upon as classics of the horror genre.

It was while working on MAN-THING that he created the character with whom he remains most famously linked - cigar-chomping, wisecracking waterfowl Howard the Duck. Gerber wrote 27 issues of Howard's own title, but as the duck became more and more popular, Gerber saw no commensurate rise in his own fortunes.

Gerber left Marvel in 1978, after his previously high levels of creative control were curtailed by editorial. He embarked on a fruitless quest to obtain ownership of Howard from Marvel, even joining forces with Jack Kirby (who found himself in similar straits) for the DESTROYER DUCK one-shot in 1982. It wasn't enough to help him. He abandoned his court case after reaching a settlement with Marvel. However, he returned to Marvel in 2002 to create a new six-issue HOWARD mini series, which was something of a disappointment, satirising industry trends that were several years out of date.

Most recently, Gerber has been up in arms about another of his creations, Omega the Unknown. Running for only 10 issues, and co-written by Mary Skrenes (who also authored an issue of HOWARD THE DUCK after Gerber's departure), it concerned an alien with a mysterious link to a human child. Gerber was distinctly displeased with the news that acclaimed author Jonathan Lethem was to write a new Omega mini-series, with art by POP GUN WAR's Farel Dalrymple, but he has backed down from his initial over-the-top polemic to a position of quiet displeasure.

Everyone's seen them. The message board posters who are convinced that they're the person best qualified to write a particular Marvel or DC character. They've often got entire websites full of fanfiction to show you, too. It's not often, though, that those selfsame fanficcers actually manage to make the leap into the world of comics, and even less often that those people end up writing the very character that they're so taken with. It does happen, though.

Devin Grayson is one such person. Having won the bat-office over with sheer dogged tenacity (a two-year period of faxing and emailing Denny O'Neill with story ideas and samples led to her first story, in BATMAN CHRONICLES #7), she embarked on a bat-verse blitz, doing one-off issues on a dozen different titles, plus scattered mini-series.

Fair enough, you might say. Unfortunately, though she has improved since her initial forays, Devin Grayson remains a problematic writer. She has a tendency to produce extremely florid, over-the-top prose, and works this into her comics by way of a marked over-reliance on narrative captions and first-person viewpoints. Couple this with a bad habit of telling the reader rather than showing, and it adds up to a picture of someone who's still writing fanfic, albeit editorially-approved fanfic.

It's no surprise that Grayson's DC work has generally been of a higher standard than her Marvel work, since that's where her fan-heart lies. Her creator-owned material has been stronger, notably her excellent Vertigo mini USER, but she remains best known for her work on Nightwing, both in his own title and in TITANS. Indeed, she so adores the character that she changed her surname to match his.

However, even here her work is starting to show signs of strain. Grayson has become very fond of a supporting character called Tarantula, bringing her further and further to the fore of NIGHTWING. This has led to accusations of 'Mary-Sue'-ism - a problem prevalent in fanfiction, whereby the author inserts an idealised version of themselves into the story. It may be that Grayson's obsession has bled too far onto the page, and it's time for her to move on.

The moral of the story is simple. If you really want to get into comics, and you show enough promise, then you can probably make it. But once you're there, you're going to be held to a higher standard than you were when you were just writing fanfic.