There aren't many people who could legitimately make a claim to being one of the founding pillars of the US comics industry. Joe Simon, Jack Kirby (of whom more later), Jerry Siegel, Joe Shuster, Bill Finger, Bill Everett... okay, so there are a few. But there aren't many who can claim to have single-handedly created one of the most recognisable pop culture icons of all time. Bob Kane, of course, is one of the few who could, and who quite famously did.

My esteemed colleague has previously covered Bill Finger in this column, so the story should be pretty well known to everyone reading this. If you haven't read it, go away, come back once you've read it, okay?

Right. Finger named Batman. He wrote Batman from day one. He created some of the biggest Batman villains in existence. He's always going to be second fiddle to Bob Kane.

Kane was born Robert Kahn, changing his name at age 18. He was heavily influenced by his love of pulp characters when creating a new superhero at the behest of National Publications (which is what your great-grandad called DC), and the Zorro influence is clearly visible in the early Batman adventures, which DC have begun to collect under the guise of Batman Chronicles. Later, once the character had become an obvious hit, he traded his rights to the character away in return for the perennial credit we've seen for all these years since.

He made something of a habit of taking sole credit for other people's work, beyond even the industry-accepted practice of employing a studio to produce his art for him - in his life after retiring from comics, Kane became a successful and exhibited painter, but even then he did on occasion get other artists to paint his pictures for him, dashing off his distinctive signature at the bottom.

Bob Kane was undoubtedly an enormous talent. He had a real dynamism to his artwork that even now is difficult to replicate well. Without him, there would have been no Birdman character for Bill Finger to tweak in that tiny but massively significant way. The fact that he would quite happily take the whole credit for Batman, on the other hand, is a bit of a puzzler. All the people who are listed at the top of this article were great comics creators, great innovators, and greatly significant. Some of them, like Bob Kane, were also great businessmen. It would be too much to hope, sadly, that they would all be great role models too.

Expressionistic artwork is a school with a long and distinguished tradition. Though some may choose simply to see it as a bunch of paintings of dogs with both eyes on the same side of their face, there's much more to it than that. It's one of the most stylised artistic movements, concentrating on depicting an exaggerated or distorted version of what the eye actually sees. And in comics, one of the most famous artistic expressionists is undoubtedly Sam Kieth.

Brought to the public eye by, most notably, his work on Neil Gaiman's SANDMAN series, of which he was the original penciller, Kieth quickly became famous for his unrealistic, super-deformed figurework and backgrounds. Lest that sound like a criticism, it must also be said that Kieth's oddball style was, and remains today, one of the most visually captivating and arresting artistic experiments ever seen in comics.

Moving to the newly-formed Image Comics in 1993, Kieth began his best-remembered work, THE MAXX. Following the story of a homeless man who hallucinates that he's a superhero (though it's clear from the get-go that there's much more to it than that), The Maxx ran for 35 issues, plus three issues of the FRIENDS OF THE MAXX spin-off and a short-lived MTV animated series. Long out of print, Cliffhanger! are close to completing a welcome reprint program of this frankly mental series, giving the public another chance to soak up the sumptuously weird and beautifully bizarre artwork and storytelling of Kieth and collaborator Bill Messner-Loebs in a six-volume edition.

Its plot isn't the simplest of things to summarise, featuring as it does a huge monster/crazy homeless guy called the Maxx, a freelance social worker called Julie and an erudite, sarcastic villain called Mr Gone, along with a bunch of murderers who turn out to be tiny, creepy dream creatures with huge teeth.

THE MAXX, perhaps even more than his later works of graphic splendour ZERO GIRL (concerning a girl with the power of circles who goes up against evil squares) and the grittier FOUR WOMEN, features the definitive Sam Kieth visual experience. Bell-bottom trousers that could swallow a house, costumes that rip into elaborate curls of ribbons (a shtick of Kieth's that he himself has even parodied on occasion), people who are drawn the size at which they are perceived, rather than their actual stature - when you see a Sam Kieth page, you know it's a Sam Kieth page.

1)There are dozens of imitators, but very few expressionists; and 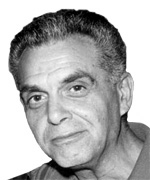 Oh boy. Here we are. Jack Kirby. What is there to say about Jack Kirby that hasn't been said before? What could I possibly put in this feeble little article, this thumbnail sketch, that could give you an idea of what the man who was born Jacob Kurtzberg has given to the industry and art form of comic books?

I could mention that he briefly attended the prestigious art school known as the Pratt Institute, discharging himself after just one week citing his drive to produce work as being anathema to the more painstaking, opus-driven Institute, but that's already a matter of public record.

Well, what about his start in comics? Surely I could talk about how he was briefly a newspaper strip artist before becoming an animator at the legendary Fleischer Studios, producers of the much-respected early SUPERMAN cartoon shorts? I don't know if you really want to hear about that, though. Even the part where he started off his career in "proper" comics working on staff for the equally legendary Will Eisner, doing adventure and humour comics under a variety of pseudonyms, isn't going to do any more than scratch the surface.

Of course, there's plenty of material to mine when you reach the point in his life where he met Joe Simon. They were a team for twenty or so years, and gave the world Captain America, and Jack drew that brilliantly iconic cover of Cap smacking Hitler right in the kisser. Kapow! But, of course, you knew that already, so I probably shouldn't bring it up. You might not know that they're generally credited with inventing what we would look at as the "classic" romance genre in comics, in the form of YOUNG ROMANCE COMICS, but that's hardly what Kirby's best known for either.

Naturally, he tends to get most of his attention for his incredibly ambitious, unreal, magnificent work on the early Marvel comics such as FANTASTIC FOUR, THOR, ANT-MAN, THE AVENGERS, THE X-MEN, THE HULK and so on. He drew the first picture of Spider-Man the world ever saw, for pity's sake, by putting the cover of AMAZING FANTASY 15 down on paper, but again, all this is stuff you already knew. When he fell out with Stan Lee, with whom he co-created so many of those classic Marvel characters, he went to DC and did the whole thing over again, with the New Gods, the Demon, Kamandi and others, although none of those have quite the status the Marvel ones have.

His return to Marvel, where he created The Eternals, Machine Man and others, and produced some brilliantly bonkers work on CAPTAIN AMERICA AND THE FALCON, is also worthy of note, although it's perhaps not quite the crowd-pleaser that the Silver Age stuff is. And really, who wants to hear about his work in TV animation after he retired from comics? Not you guys, that's for sure.

What can I say about the man who has influenced the style and work practices of more artists than any other, who had an eye for drama and poise beyond anything seen at the time and little since, whose career was so ridiculously varied as to make anything other than a full biography seem impossibly scant?

Well, nothing, it would seem. So I don't think I'll bother. You can write your own entry for Kirby. I'm off down the shops, does anyone want anything?