Ninth Art celebrates comics' greatest father-and-son dynasty, the legendary talents that are the Johns Romita, and we take a look at the ascendance of comics first painter superstar, Alex Ross.
03 April 2006 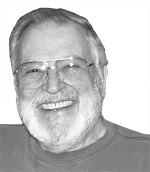 He may not have been there at the very beginning of the Marvel Age of Heroes, but the elder John Romita. is one of the most important players in Stan's Silver Age saga. Starting his comic book career at Timely comics (way back even before the Atlas period), Romita worked on books such as STRANGE TALES, COMBAT and FRONTIER WESTERN, making his mark as an artist who could turn his hand to any genre of script put in front of him. In 1963, when Stan Lee and Steve Ditko launched AMAZING SPIDER-MAN, Romita was working for DC on their romance comics, and couldn't have known that he would, within three years, be working on that very book - the one that would put him on the map as a bona fide legend.

Steve Ditko and Stan Lee weren't on the best of terms by the time Ditko left Marvel. Lee wasn't fazed, though, and turned to Romita to take over the pencilling chores. Romita started out (unwisely) trying to ape Ditko's style. After a couple of issues of this minor misfire, he decided that a different approach was required, and began transforming Peter Parker from the skinny Ditko nebbish into the classic Romita square-jawed handsome hero. After a while, it seemed almost as though Lee was subconsciously being influenced in his stories by the way Romita drew Spidey - it was around this time that Peter got his super-model of a girlfriend, and a circle of friends who would make it difficult for the reader to reconcile this vision of the wall-crawler with the gawky nerd who had been bitten by a spider only a few years previously.

There's very little to truly complain about, though. Romita's Spidey, being drawn in the art style that would go on to infuse the pencilling patterns of so many other artists in the years to come, may even be said to be more iconic than Ditko's, and was certainly the vision that the artists who followed him would ape right up until a certain Canadian baseball-buying action figure manufacturer turned up on the scene.

In the years afterward, Romita was also given the job of taking over FANTASTIC FOUR from Jack Kirby, which he handled with aplomb. He also became one of the most prolific cover artists at Marvel, creating dynamic illustrative work for a lot of rather crummy titles that frankly didn't deserve it, and became a pinch-hitter for Lee, working on odd issues and pencilling fixes. This in turn led to his promotion to the role of art director, in which capacity he had a hand in designing such characters as the Punisher and Wolverine.

He's turned out occasional comics work in the last few years, including stories with Stan Lee and Kurt Busiek, all of which have shown that he's not lost the touch. Here's hoping his pencilling days aren't yet fully behind him. 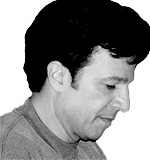 Like father, like son; John Romita Jr has been one of the most prolific and popular artists at Marvel for thirty years now. It makes sense that he would go into the comic book industry - after all, his dad is one of the most respected talents in the biz. While a quick game of word association would link Romita Sr to Spider-Man pretty quickly, though, Romita Jr is more difficult to pin down, having done runs on most of the major Marvel characters over the years.

Interestingly, none of Romita's notable or extensive stints on any Marvel title appear to be poorly regarded among fans and critics. From working with Layton and Michelinie on IRON MAN to a classic run with late 'good-period' Claremont on UNCANNY X-MEN, through an extremely well-received association with DAREDEVIL under both Miller and Nocenti, all the way through to the promising first few arcs of Bruce Jones' HULK and Straczynski's AMAZING SPIDER-MAN, he seems to be able to help writers hit their top game each time. In the rare instances where this doesn't appear to be the case (such as Reginald Hudlin's awful recent BLACK PANTHER series, which Romita wisely bailed from after six issues), Romita's sense of composition, storytelling ability and distinctive style ensure that, at the very least, it's going to be a pretty book.

It's a testament to Romita's talent that even after 30-odd years in the comics industry, and pushing 50 years old, he's still one of Marvel's most favoured artists. His name seems to be first out of the hat for a lot of the 'event' series at Marvel, including the action-packed 'Enemy of the State' arc on WOLVERINE with Mark Millar and the current psychology-heavy SENTRY mini-series. Romita's ability to switch back and forth between the differing disciplines needed to be able to work with such differing subject matters is unmatched.

Romita's now been tapped to illustrate Neil Gaiman's second Marvel project, a revival of Jack Kirby's space gods series THE ETERNALS. With a great run on THOR behind him, and with a real sense of scope that a lot of his current peers lack, Romita stands to make this a series to remember. The only aspect of Romita's career that seems lacking at present is his relative reluctance to pursue creator-owned work; a three-issue Image series by the name of GREY AREA is so far all that Romita has achieved in this regard. As can be seen by the fact that his dad's still going at 76, though, there's plenty of time yet for John Junior to get round to it. 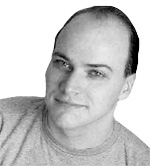 Even though comics has produced a ton of superstar pencillers (McFarlane, Lee, Miller etc) and a slightly smaller number of superstar writers (Moore, Morrison, Miller again), superstar painters are rather thin on the ground. Heading up the short list is undoubtedly Alex Ross, whose model-based realism has made him enormously popular.

Ross began his artistic career by moving from his Texas home to Chicago, where he attended the American Academy of Art. Citing such American icons as Norman Rockwell as influences, Ross studied painting, and it was his desire to meld the realism of Rockwell with his painting metier and his life-long love of superhero comic books that would eventually lead him, years later, to illustrate Kurt Busiek's grand history of the Marvel Universe as seen through the eyes of an ordinary photographer - MARVELS.

MARVELS was a runaway hit, something that wasn't entirely expected by the Marvel Comics top brass. They had originally insisted that Busiek and Ross put Wolverine in the series to help it sell. They needn't have worried, as by issue #3 sales were climbing quite nicely on their own, and it was clear that Marvel had a success on their hands.

Busiek and Ross have continued to share a good working relationship since, with Ross designing characters and painting covers for Busiek's creator-owned superhero series, ASTRO CITY. The 'feel' of the series is inextricably linked with Ross, and there's been talk over the years that Busiek and Ross might eventually work together on a fully-painted ASTRO CITY tale.

Of course, after MARVELS the sky was the limit for Ross, and he next teamed with Mark Waid on KINGDOM COME, the future history of the DCU. Apocalyptic and wide-ranging, KC was a milestone for DC, and the fact that it's soon to be republished in an 'Absolute' edition serves only to reinforce the impact that it had on fandom at the time (popular internet comics site Comic Book Resources began as a Kingdom Come message board). Ross later participated in a similar project for Marvel in the form of EARTH X, but this was a bloated affair, more akin to a comic book version of a 1970s prog rock epic.

For all that Ross is an exceptional talent, he's also come in for a fair bit of criticism. Many believe that his reliance on models renders his work too static, especially in sequential storytelling, and his remarkable propensity to take a huff when his childhood favourite comics are slighted is legendary (he has refused to work with Kevin Smith since MALLRATS came out, on the basis that Stan Lee appeared in that film talking about the time when he created the Fantastic Four; Ross felt that this denigrated Jack Kirby, although the fact that Kirby died two years before MALLRATS was made would naturally have precluded him from appearing in the film).

Still, regardless of whether he gets in a snit with you for saying you think Hal Jordan, like, totally sucks, you should find it easy to appreciate the superb artistry of Ross's paintings.