Jammy git. That's the phrase that comes to mind when thinking about Leinil Francis Yu. Look at him! He's had successful stints on big-name US comics such as WOLVERINE, X-MEN and SUPERMAN: BIRTHRIGHT, not to mention creator-owned work such as HIGH ROADS and SILENT DRAGON. He's massively in demand as an illustrator and designer, with his spaceship designs turning up in SERENITY. And he's not yet twenty nine years old. You'd think he'd made some kind of deal with the devil to secure his position. The reality is more prosaic, of course - it's a combination of hard work, raw talent, and good luck.

Yu has been working in comics for close to ten years. His friend and sometime collaborator Gerry Alanguilan had punted his work in the direction of Whilce Portacio, who was sufficiently impressed to offer him work at Wildstorm. Yu dropped everything and went to work with Portacio, learning as much as he could there. Unfortunately, the promised Wildstorm work didn't materialise, but his portfolio was passed to Marvel, who immediately put him to work on WOLVERINE.

The fact that his first professional assignment was on one of Marvel's flagship characters is evidence enough that he leads a charmed life, and that's only cemented by the fact that he then moved on to work on X-MEN with Chris Claremont as part of the Revolution revamp of the mutant line. Following this, he got a shot at creator-owned glory with the action adventure story HIGH ROADS, the first Cliffhanger title to be produced by someone other than one of the imprint's three founders.

It seems that Yu is one of these remarkably lucky fellas who don't have to seek out work - instead, editors come to him. He was paired with Mark Waid on SUPERMAN: BIRTHRIGHT, now regarded by DC as the official history of Superman's youth, and then with LOST writer David Lindelof on ULTIMATE WOLVERINE/HULK. He's also recently completed SILENT DRAGON, a brutal and exciting action story about duty, honour and guys getting their heads chopped off, with co-creator Andy Diggle. Once he wraps up on his Ultimate work, he's set to do an issue of the CIVIL WAR tie-in to NEW AVENGERS.

The sky's the limit for Yu, it seems, and you'd have to break a lot of mirrors to counteract the good fortune he's rightly had. 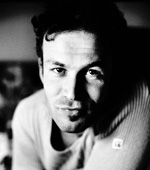 Nowadays, US comics creators get justifiably excited if a book they're working on sells more than about 150,000 copies. There's one Swiss creator, though, who would likely look upon 150,000 copies as a bit of a damp squib.

Zep, real name Philippe Chappuis, is a huge name in the world of bande desinÃ©e. His first break came with work for the magazine Spirou, but he became a superstar when (having drawn books such as LÃON COQUILLARD and KRADOK in Switzerland) he knocked on the door of every publisher in Paris to see if anyone would take a chance on his scatological, sex-gag-riddled kids' comic, TITEUF. Luckily for him (and, as it would transpire, pretty handily for the publishers themselves), in 1992 Editions GlÃ©nat swung for the anti-establishment tendencies of the eponymous troublemaker, and a star was born.

Since then, the adventures of Titeuf, his best friend Manu, chocolate muncher Hugo and their supporting cast have shifted over ten million copies. The secret of its success is a pretty simple one; Zep never treats the audience as simpletons who just want to read about Rupert the Bear sitting on his yellow checked backside and behaving well. He knows they want to read about kids like them, who get into trouble, make off-colour jokes and react to the world in a way that they themselves wish they could get away with.

Zep doesn't even really have an 'audience', or at the very least, that's not how he treats them. Instead, they become his co-conspirators. He's on their side, slipping them knob gags and other crudities that their parents really wouldn't approve of under cover of kid-friendly comic strips. That's how you reach kids, US comics industry! Don't try to lure them in with what you think they might want - start thinking like them, and you'll know exactly what they want. Those million-copy sales figures are yours for the taking, if you can harness the spirit that Zep brings to comics.

We started this feature with a hugely influential artist, Neal Adams. We finish it with a man whose artistic talents are such that he really should have been more of an influence on others than he seems to have been.

Zulli is the man who turned Hob Gadling, one of the best-loved SANDMAN supporting characters, into the amiable fellow he is. His depiction turns what could be a rather self-centred and unsympathetic character into someone that the readers can get behind and sympathise with.

In a series like SANDMAN, where the lead character is so lacking in any kind of empathy, the reader needs every opportunity to latch on to someone who thinks and feels like an ordinary Joe. Hob is undoubtedly the most ordinary of ordinary Joes in the whole SANDMAN canon. If it weren't for that pesky long-life thing, he could be any one of us.

Zulli's work on SANDMAN, culminating in 'The Wake', shows that he is the one artist out of all of those who tackled the series who could fully capture and sum up the strangeness and wonders of that world with sufficient grace to provide its swansong.

That may be the problem with Michael Zulli, though. His work has graced everything from Alice Cooper to Spider-Man, and he's demonstrated that he's a genuine artist, adept in more than one discipline. Look at a page of Zulli's art, and at first glance it can be chaotic. Zulli's art is not PÃ©rez-style detail work. Instead, he uses the individual components of a picture to create the overall piece. A line falls into place here; another lands there. At the micro level, it all seems disconnected, sketchy, loose. Take a step back and appreciate the drawing as a whole, and that's when Zulli's talent reveals itself fully - he's a master of images, not just of the line.

For Zulli, the pencil is just the tool he uses to reveal what's already there, and it's not every artist who can pull that off. If you practice hard and study his figurework and layouts and storytelling skills, you might start to draw with a modicum of the style and ability of Neal Adams, or at least one of the many Adams imitators. Zulli, on the other hand, is less easily emulated.

A quick look over his website will show you that he approaches his art as its own end; he's not seeking out opportunities to become the next penciller of ACTION COMICS. You get the impression that for Zulli, it's less of a job and more of a calling.

And that brings Alphabetti Fumetti to an end here at Ninth Art. We've covered Adams to Zulli in under nine months, and we've barely scratched the surface. We hope, though, that in dotting back and forth all over the world of comics, we've managed to highlight the works and careers of many of the key people who provoke discussion, outrage, adoration, appreciation, disdain or hero worship in sequential art, and we hope you've learned as much in reading it as we have writing it. Cheers.